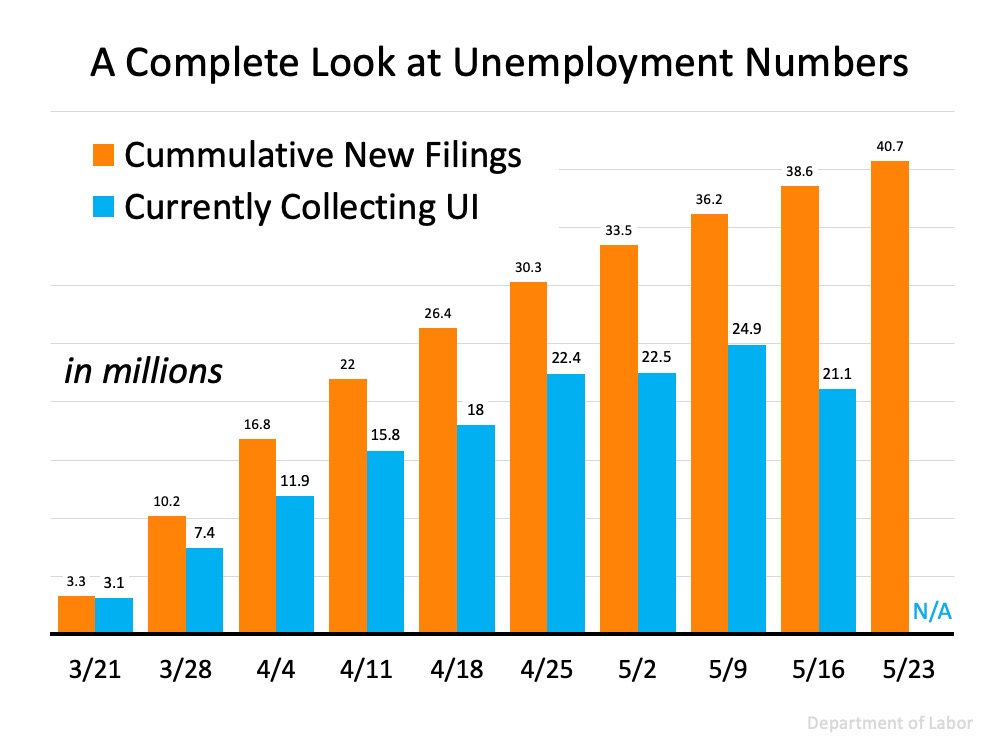 Tomorrow morning the Bureau of Labor Statistics will release the latest Employment Situation Summary, which will include the most current unemployment rate. It will be a horrific number. Many analysts believe unemployment could be greater than 20%. These numbers represent families across the nation that are not sure when (or if) they will return to work. The emotional impact on these households is devastating.

There are, however, some small rays of light shining through on this issue. Here are three:

1. The actual number of unemployed is less than many are reporting

The number of people unemployed is sometimes over-exaggerated. It seems that every newscaster talks about the 40+ million people “currently” unemployed. It is true that, over the last ten weeks, over 40.7 million people have applied for unemployment. It is also true, however, that many of those people have already returned to work or gotten a new job. The actual number of people currently unemployed is 21.1 million. This is still a horrible number, but about half of what is often being reported.

2. Of those still unemployed, most are temporary layoffs

Last month’s unemployment report showed that 90% of those unemployed believe their status is temporary. Friday’s report will probably show a decline in that percentage as the original number was somewhat optimistic. However, a recent survey by the Federal Reserve Bank showed that employers believe over 75% of job losses are temporary layoffs and furloughs. This means 3 out of 4 people should be returning to work as the economy continues to recover.

3. Those on unemployment are receiving assistance

According to a recent study from the Becker Friedman Institute for Economics at the University of Chicago, 68% of those who are eligible for unemployment insurance receive benefits that exceed lost earnings, with 20% receiving benefits at least twice as large as their lost earnings.

Tomorrow’s report will be difficult to digest. However, as the nation continues to reopen, many of those families who are impacted will be able to return to work.

Related Articles
Market Trends Is the Real Estate Market Slowing Down, or Is This a Housing Bubble? The talk of a housing bubble in the coming year seems to be at a fever pitch as rising mortgage rates continue to slow down an overheated real estate market. Over the past two years, home prices have appreciated at an unsustainable pace causing many to ask: are things just slowing down, or is a crash coming? To […]
Market Trends Buyers Are Regaining Some of Their Negotiation Power in Today’s Housing Market If you’re thinking about buying a home today, there’s welcome news. Even though it’s still a sellers’ market, it’s a more moderate sellers’ market than last year. And the days of feeling like you may need to waive contingencies or pay drastically over asking price to get your offer considered may be coming to a close. […]
Buyer Tips & Strategy Will My House Still Sell in Today’s Market? If recent headlines about the housing market cooling and buyer demand moderating have you worried you’ve missed your chance to sell, here’s what you need to know. Buyer demand hasn’t disappeared, it’s just eased from the peak intensity we saw over the past two years. Buyer Demand Then and Now During the pandemic, mortgage rates hit record lows, and […]